Contribution to women integration in the consolidation of inclusive governance in 3 provinces of Burundi (Ngozi, Cibitoke and Rumonge) 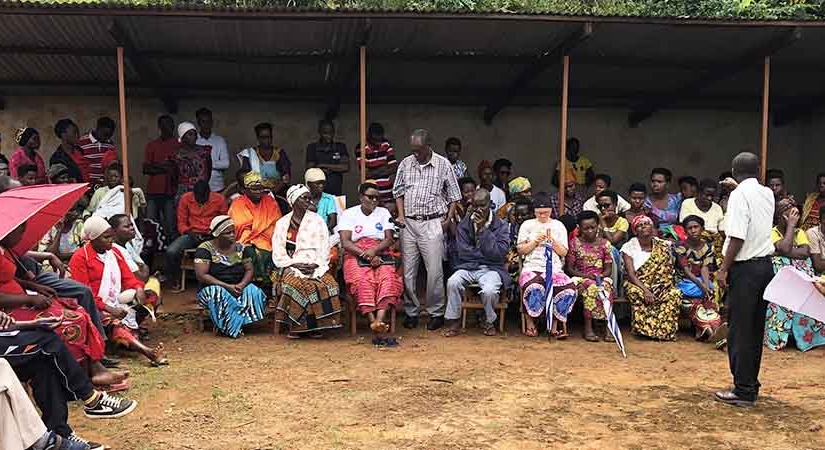 Ubuntu Center and Canadian Fund for Local Initiatives in action

Burundi is one of the member countries of the East African community. Since its independence in 1962, Burundi has gone through cyclical identity crises that have affected inclusive governance policies in all its dimensions. Identity inequalities including gender inequality in socio-political decision-making have been observed in the dynamics of the creation of spaces for freedom and reconstruction of the social fabric. The Arusha Peace and Reconciliation Agreement offered consensual avenues to meet this challenge with quotas sensitive not only to ethnicities but also to gender.The 2005 constitution sets at least 30% female representation in all state bodies. Policies that are developed take into account the desire to improve the status of women.

Despite this goodwill, cultural stereotypes and socio-political realities prove that Burundian girls and women are still dominated by men. For example, until today, a Burundian woman is not legally allowed to inherit from her parents. Neither does she have the right to decide in family structures. The major decisions to orient the economic, social and security life are taken in the male spheres. Yet girls and women have obvious potential and a role to play in bringing about effective social change. Hence, awareness of gender-sensitive governance is imperative to hope for lasting socio-political stability.

It is in that perspective that Ubuntu Center in collaboration with Canadian Fund for Local Initiatives (CFLI) have initiated a project to contribute to women integration in the consolidation of inclusive governance in 3 provinces of Burundi (Ngozi, Cibitoke and Rumonge)The objective of the project

Psychosocial activities constitute a fundamentally practical, simple and lively strategy that invites participants to freely express themselves and become aware of their psychological, behavioral and social problems in order to jointly seek solutions relating thereto. The psychosocial animation work is an approach centered on the "here and now" and the creation of links (to oneself, to the other, to the environment). It aims for restorative hospitality, greater acceptance and self-esteem, as well as a weaning from the violence of internalized or externalized exclusion. Psychosocial animation through narrative theater is a form of counseling for traumatized communities, contact through narratives simulating real-life experiences with traumatized communities. With narrative theater, people meet, discuss, examine their problems together, and are invited to update their stories. This method works well with communities that have gone through a lot of trauma and creates an opportunity to share stories within a community meeting and often results in group therapy.

Psychosocial animations in the communities (Buganda, Gashikanwa and Rumonge)

During the psychosocial animation through narrative theatersout of 379 participants, 234 were women/young girls and 145 men/young boys. Women and young girls got an opportunity to speak out what are the challenges they face in their households and communities while their husbands, brothers and local decision makers were present in the session. The main ones they mentioned are: lack of right of expression (Gashikanwa commune), Polygamy (Buganda commune), Psychological and physical domestic violence against women (Rumonge commune). Talking out loud about these challenges was the starting point of a healing process of the affected women. 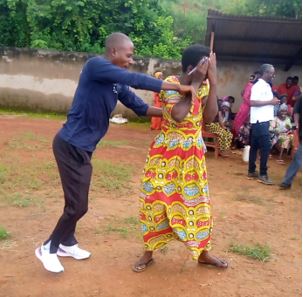 The United Nations Security Council (UNSC) unanimously adopted on 31 October 2000 a Resolution calling on States and the United Nations to give more consideration to women when managing conflict and post-conflict periods. That Resolution stands on four pillars: 1) PARTICIPATION of women in public affairs in the development and implementation of local and national programs and projects as well as representation in decision-making positions at all levels. 2) PREVENTION: to establish and strengthen legal mechanisms guaranteeing equal rights of women and men. 3. PROTECTION: legal protection, social security and economic security. 4.) ECONOMIC RECOVERY.

That Resolution on Women, Peace and Security is among the international instruments to which Burundi has acceded. However, despite that step forward, we found, during the implementation of the project, that the majority of Burundian women and men, even administrative authorities, ignore the implications of that Resolution. Others are still blocked by ancestral cultures where a woman’s role is limited to chores and children upbringing. 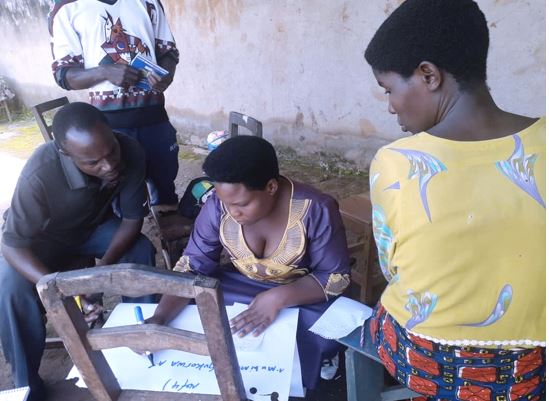 During group works, participants from Rumonge are brainstorming togetherto identify what Burundi has already implemented in regard with the UN Security Council Resolution 1325 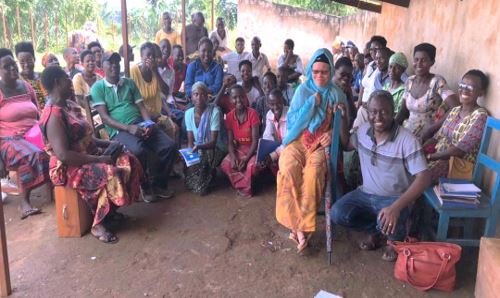 Gender aspect was also observed during the training. Participants were given equal chances not only to be part of the beneficiaries but also to express themselves. Women/girls and men/young boys were represented evenly (50% for both sides: 90 women/girls and 90 men/boys) from diverse backgrounds: women leaders, political parties’ members, religions’ representatives, associations’ leaders, different social classes and groups representatives, etc. Note that among beneficiaries, we have one albino from Rumonge. Both females and males went back home with same knowledge and skills to share with their neighbors. 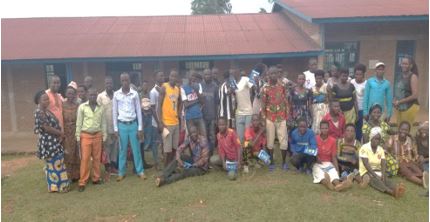 Exchange sessions and inter-community fora were also conducted with direct and indirect beneficiaries. This helped to collect testimonies of the most significant changes in the communities and the participants committed to continue the advocacy for the effective participation of women in inclusive governance. 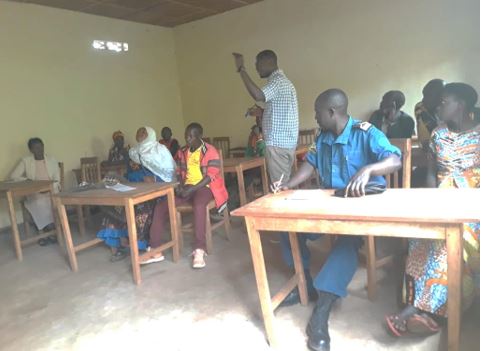