Youth are key actors for peace in Burundi 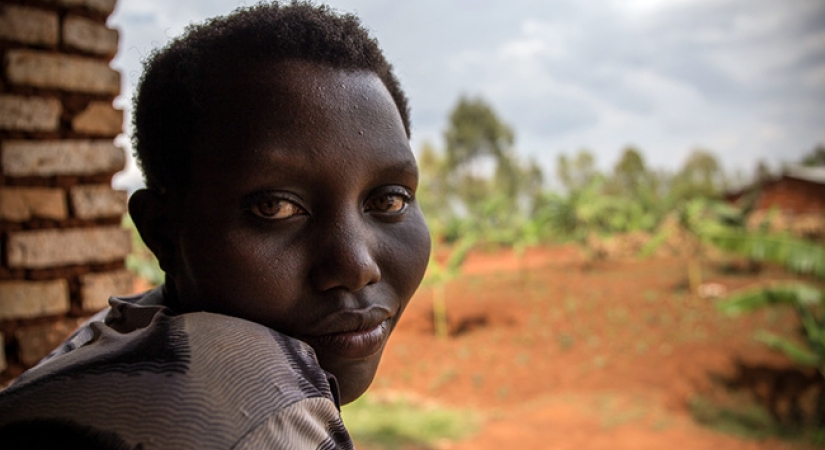 Building peace requires time and strength. Now, more than ever, young women and men in Burundi need the support of UNICEF and partners to become agents of positive change for future generations.

MUBANGA, Burundi, 22 November 2016 – “My life has been so hard. I have been living in fear all the time. Since the beginning of the previous war in 1993, me and my family had to move from one house to another. We just want peace.”

This is the testimony of Papille Harineza, a 23-year-old who despite her young age, knows first-hand the scourge of violence and upheaval. When she was just a baby, Burundi went through an ethnically motivated armed conflict which left more than 300,000 dead. The conflict forced her, her family and thousands of people to seek shelter in displacement camps or to flee to neighbouring countries.

“We have had to change our home at least four times because Tutsi people were persecuted by Hutus and vice versa. First, we had to leave our house in Kwitaba colline when the war started, then we moved to the first camp in Musenyi. There we didn’t last more than one year and we fled again,” says Papille.

Because she was constantly moving homes, Papille never had the chance to go to school and opportunities for her are now much more limited. Papille describes the courage she needed to survive during the long days starving and waiting for the arrival of food from the NGOs, doing nothing but taking care of goats at home.

Now she lives in an internal displacement camp in Mubanga with her husband, whom she met in the camp, and their child. Asked about the possibility of returning to her homeland, her answer is clear but blameless: “Things have changed a lot since we left. In our homeland, the houses are far from each other and isolated. Here in the camp, we are used to living close to our neighbours and the other displaced families. Our children are all friends and I prefer to stay here. Now my house is here, but it is my husband who decides,” she affirms.

Papille has become a community and family leader, working with the Ubuntu Centre to build peace in her new community.

The Ubuntu philosophy, the essence of peace

In Africa, there is a philosophy, an ancient concept, and a way of life called Ubuntu. With its origins in the Bantu dialects, Ubuntu literally means “human kindness” and brings together the positive values of the human being, such as solidarity, dialogue, cohesion or humanity.  Nelson Mandela described it once, saying “A traveller through a country would stop at a village and he didn't have to ask for food or for water. Once he stops, the people give him food, entertain him. That is one aspect of Ubuntu, but it will have various aspects. Ubuntu does not mean that people should not enrich themselves.”

“Ubuntu values are something that represents all the people without any difference or condition. It is better to have a better relation with the others without rancour. My brother was a victim, my husband was a victim, I was a victim, but I believe that we have to live in harmony if we want to have normal lives,” says Papille.

This is the spirit that created Centre Ubuntu, a Burundian NGO that partners with UNICEF on peacebuilding for youth affected by violence, discrimination or community problems. Centre Ubuntu began by first identifying the issue of the ethnic conflict, and then tackling behaviours of confrontation and promoting dialogue between the largest ethnic groups in Burundi.

UNICEF began working with Centre Ubuntu in 2013 on psychosocial animations like narrative theatres and trainings on trauma management, conflict resolution, good governance, and leadership for youth or financial empowerment – all critical skills in a country where cyclic conflict has impacted youth for generations.

“The youth that live in poverty and have been through post-conflict trauma are more vulnerable to being manipulated, doing drugs, committing crimes or joining armed groups,” says Madeleine Bigirimana from Centre Ubuntu.
Through activities like sharing goats, working together in fields or joint management of microcredits between divided ethnicities, the approach promotes mutual respect and help.

“The most powerful tool is dialogue,” says Madeleine. “We put them together in community groups of 60 people integrated by Hutus, Tutsis, and Batwa ethnic groups and we talk about their common problems and how to find real and sustainable solutions.”

Boys and girls participate at the same level in the community groups, with the understanding that gender equality and young women’s participation is fundamental to peace and stability.

Centre Ubuntu encourages members from the three largest ethnic groups in Burundi to work and live together for a future in peace.

Signs of hope and forgiveness

Since Papille started joining activities organized by UNICEF and Centre Ubuntu, she has been sensitizing her family and friends on why tolerance and respect are critical to ending intergenerational conflicts and tensions between community members.

Papille’s husband was badly injured after a machete attack during the last conflict. The traumatic experience left on him with an injury deeper than his scar: he was driven by hate against the other ethnicity.

“I explained to my husband what I learned during the Ubuntu trainings on conflict management. Rancour and hate will not help us, we need to apologize, forgive, and create spaces of dialogue among us. This is how we are building peace,” explains Papille.

On that impulse, Papille’s husband decided to go visit the Hutu wife of his Tutsi father. The rain was too heavy to come back to their community so they remained at her house, and the wife and her family gave them food and shelter for the night. Now he has a good relation with his father’s wife and the neighbouring community, his mentality is far from the hate he experienced before.

Committed to a future in peace

“We take children’s futures very seriously,” says Etienne Niyongabo, Education Officer at UNICEF Burundi.  “There is no future for them without the consolidation of peace and the establishment of safe environments necessary for their growth.”

Though big steps have been made in Burundi’s peace process, the current socio-political crisis has plunged the country back into instability, with more than 108,000 internally displaced people and more than 300,000 refugees (54.6 per cent children) having left their homes in search of safety. This has made it doubly important to ensure that youth grow up with the values of Ubuntu. And from Papille’s experience, we know it is possible.

“Nowadays, I can go to work the fields in my natal commune without the fear of the past. I can even ask the people there for water. If one day the harvest is too large, I can leave it in the house and come back another day, my neighbours keep it for me and we have a good relation. This is cohesion. Before, this was unthinkable,” Papille says proudly.

UNICEF was able to develop a partnership with Centre Ubuntu thanks to the support from the United Nations Peacebuilding Fund (PBF), which provides funds for peacebuilding initiatives in countries emerging from conflict.